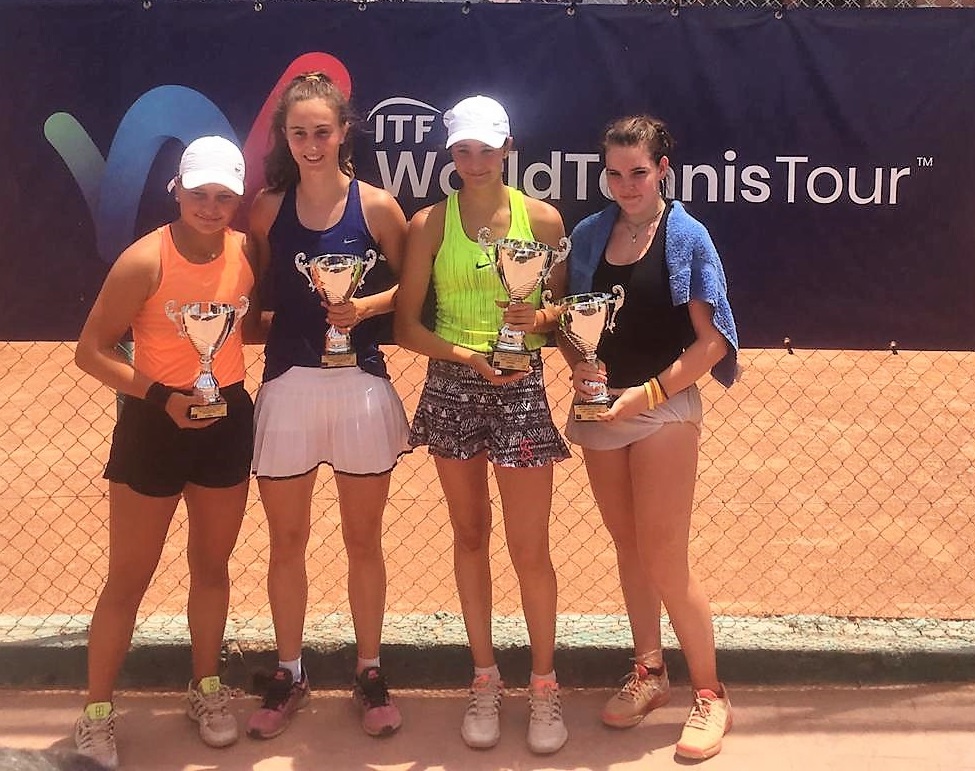 Charlie (pictured far right) and her partner, Sabina Zeynalova from the Ukraine beat a German pairing in the final. This win follows up a singles title that Charlie won a few months ago in Bahrain.

Commenting on the win, Charlie said; “It’s great to win another title, it makes all of the hard work worth it and it’s a nice reward after doing my A level mocks.

“It’s not always easy to combine your studying with competing and training but having an ITF title now in both singles and doubles, makes it all the more enjoyable!”