East Glos member Felicity Thomas was delighted to be invited by the LTA to their cocktail party in the Wingfield Room, Centre Court, on Friday 5th July 2019, and to be given Centre Court tickets to enjoy some excellent tennis beforehand.

Together with her GB team-mates, this was in acknowledgement of their achievement in winning Gold in the Queen’s Cup at last year’s World Championships in Umag, Croatia.

The LTA uses this occasion to showcase achievements during 2018 – players, court officials, supporters and volunteers.

Felicity’s team was invited on to the stage to start the proceedings and was congratulated by David Rawlinson, Deputy President of the LTA. They were followed by two men who won Doubles Gold in the Individual World Championships, though playing in different age groups.

A small number of other presentations followed, including the successful GB team of eight who played in the International Blind Tennis Tournament, bringing back six Gold and one Silver.

There were many more in attendance who had served tennis in various ways and obviously appreciated being involved in this prestigious occasion. 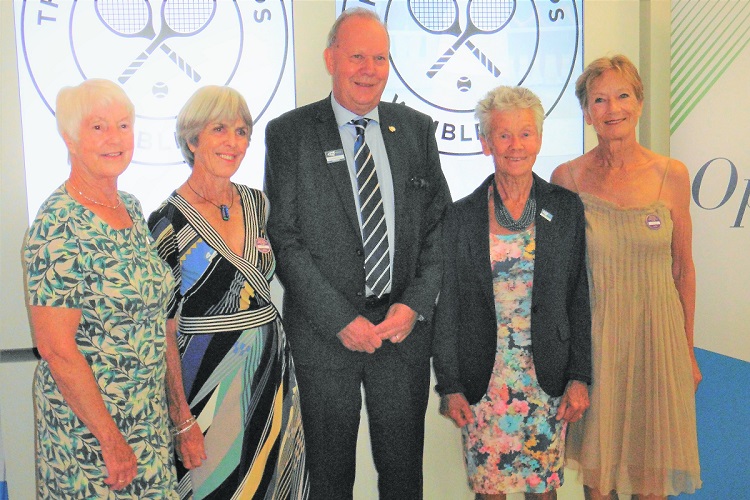 At the formal LTA Awards Ceremony a few days beforehand, Fran was declared the Senior Women’s Player of the Year – richly deserved as she spearheaded our success in Croatia as World Champions.

The team heard at the end of June that they had been selected to represent GB in the World Championships this year, to be held in Croatia again.

Coronavirus updates for members and visitors