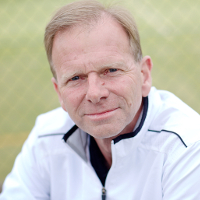 The classes take place from March to May 2020 on two courts.

Volley Clinic – This is a technical class, building through the different aspects of the volley control and placement. Emphasis is on good upper body turn and understanding the principles of volley footwork.

The Winning Strategy  – The key to wining your matches is to be solid in the first four shots, which is where the vast majority of points are won and lost. Emphasis is on recovery after the serve and return and having a clear intention early in the rally.

Serve and Return in Doubles – Are you making the most of the advantage of serving? Are you in the right position for the return? This class will aim to give you clear intentions with the placement of the serve, and guidance on the technical and tactical aspects of the return, to bring about an improvement in your results.

Competitive Singles Tactics – Basic patterns of play provide a solid foundation for your singles play. The class covers placement of the groundstroke, dealing with the short ball and how to win at the net. 6 players, £12.

Backhand workshop – Is the backhand your achilles heel? Does your opponent gain too many free points just by playing on your backhand? Are you uncertain whether to play it with one hand or two? This class aims to help with technique and tactics. Even for adults, sometimes a small change in technique can make a big difference.

Advanced doubles – Two at the net has always been regarded as the strongest doubles formation, although pro players now increasingly play tandem or two back. However, two at the net is still a great way to pressure your opponents and win the point, but it requires accurate serving and good approach play. This class focuses entirely on serve-and-volley and chip-and-charge returning so that every rally will have two at the net at one end of the court.

Please note players must be of the required standard (see below).

Video Analysis – The first half will involve the coach taking a video of four players in doubles. The second half will be an analysis of the play on screen, giving a great opportunity to see where things go right and wrong and how easily players can get out of position. Four players, £15.

Smash and High Volley – Most players miss the high ball at he net because they choose the wrong option,. The smash and high volley are technically very different shots and it’s important to know which one to use to put away that high ball. This class aims to help you avoid the frustration error of missing that ‘easy’ volley.

High Octane Doubles Drills – Two coaches, two baskets of balls, four players each, working hard on repetitions of the key shots in doubles. Plenty of activity and loads of balls to hit.

Groundstroke Consistency –  Wouldn’t it be great if we never made a mess of that routine forehand or backhand? Sorry, we can’t guarantee that you’ll never miss one but this class will help you to understand how to reduce your errors, and maybe turn that 5-7 4-6 defeat into a 6-4, 6-4 victory.