Felicity Thomas has been selected to play for Great Britain in the Super Seniors World Championships in Croatia in September. Felicity says she felt relieved, as she under-performed in the British Clay Courts Championships in Bournemouth in May. Two GB players have joined the Over 75’s age group this year, neither of whom she has beaten.

Previously she played a Grade A tournament in Italy, reaching the singles semi-final in line with her ranking and seeding. With a new partner, she did not do well in doubles.

Subsequently she captained the International team of twelve players against USA in the biennial Friendship Cup played alongside the picturesque Lake Worthersee in Austria. 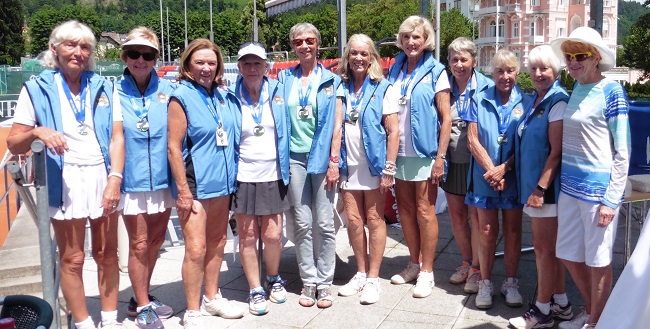 Photo: Most of the International team at the presentation of the Friendship Cup. Extreme right is Ann Moore from Florida, On-site Director and Program Director. Felivity to her left and Jill Taylor is sixth from the right.

The USA has such strength and depth and they proved to be decisive winners. Through a Foundation, The Ralph and Mary Wilson Friendship Cup “celebrates women who have put themselves on the line competing in tournaments”. It is only for Over 75’s. Felicity’s team featured players from Australia, France, Germany, Sweden and Ukraine and many new friendships were formed between them and their opponents.

Originally the Austrian Championships, the Werzer’s Grade A tournament followed immediately afterwards and she again reached the singles semi-final, the top four seeds being the same as in Italy.

Felicity’s ITF singles ranking has dropped to 16 and doubles to 5, well down from the high points reached at the end of 2017/early 2018.

In Austria, she played doubles with Jill Taylor of Australia, who has been very successful at the highest level in doubles and mixed. Jill has asked her to play with her again in the World Championships, an offer which Felicity accepted without hesitation. 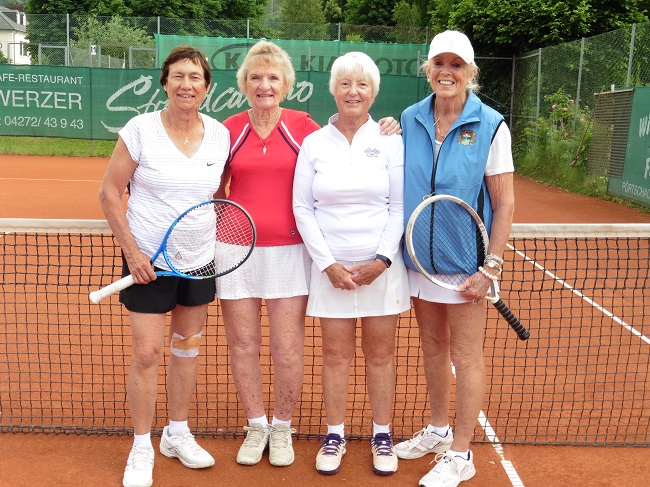