East Glos players brought home two trophies (or they would have done if the event had given trophies) from the ITF 200 Seniors event at Gerrards Cross last week.

After disappointments on the grass at Wimbledon and Eastbourne, Guy, seeded three, found his best form to win his event in a very strong field. He had to win three three-setters and the final, against Justin Stead, lasted nearly four hours before Guy collected his fifth ITF singles title with a 4-6, 7-6, 6-4 victory.

Tony and Steve teamed up for the first time in the 60s doubles and their straight sets victory in the final against Paul Thompson and Andrew Collar brought Tony his first ITF title and Steve his fourth. 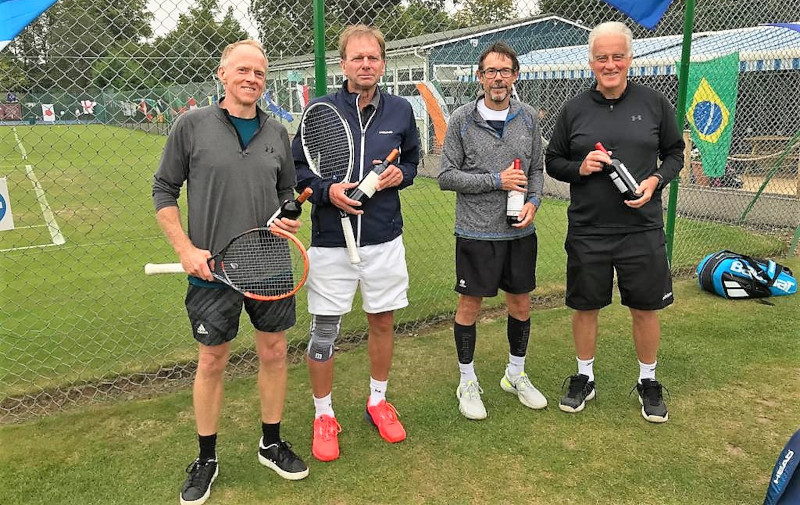 Tony and Steve both reached the semi-final of their singles, and Henry was just edged out in his round robin, 7-6, 7-5 by Malcolm Fraser, who went on to win the event comfortably.

East Glos players will move on to events in Cardiff and Woking before tackling the rearranged indoor national championships in Wrexham at the end of September.