He comments that research commissioned by The Professional Squash Association illustrates exactly how exacting squash really is. 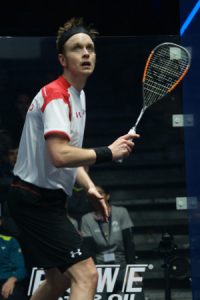 • In 97 minutes Momen covered 5km on the court, struck the ball almost 1,000 times, contested 100 points and covered an average of 48 metres per point. Most of his movement consisted of three-six meter sprints, almost half of which were backwards. Momen spent over 60% of the match – more than an hour – in play.

Willstop adds: “Put simply, Momen ran further in less time with less rest, while covering more distance per point. The data is not intended to decry either sport but to show the fascinating contrast in their physical demands.

Read full article from The Guardian