Padel is a rapidly growing sport across Europe and the UK, played on an enclosed court about one third of the size of a tennis court.

The rules are the same as tennis, played with similar balls, although serving is under-hand and the walls are used as part of the game. Padel bats are used, you can see examples at East Glos reception.

Padel is for all ages and caters for all abilities. With limited racket skills, players can quickly engage in dynamic and fun rallies, utilising the court’s surroundings. It is always played as doubles, which makes it a very social activity and ideal for families and friends.

2. Why does East Glos wish to introduce padel?

Over the last eighteen months the East Glos Board, tennis and squash committees have considered the introduction of padel to add to the current facilities and introduce a fun, new sociable sport.

Padel would be equally popular with both tennis and squash members and will help to integrate the sections. It is also expected to attract new members to the club.

The introduction of padel will provide an additional opportunity for members and the local community to participate in a new, fun, sociable game for all abilities.

3. Where would the padel courts be built?

In consultation with industry experts, several areas within the grounds were identified to find where the most suitable place would be for the courts.

The site identified is the old 27A grass court.  This is denoted in the first image below in the yellow rectangle.

We will be using state-of-the-art LED lighting, which reduces light spill and upward glow.

We will be applying for planning for two additional tennis court adjacent to the current block of floodlit courts. This is denoted in the first image below in the red rectangle. Our floodlighting will be new state-of-the-art LED lighting, which reduces light spill and upward glow.

• Proposed general club layout: Click or tap the image below for larger version 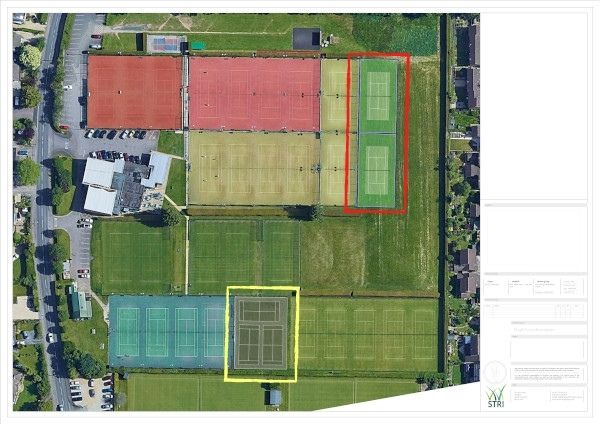 • Proposed padel court layout: Click or tap the image below for larger version 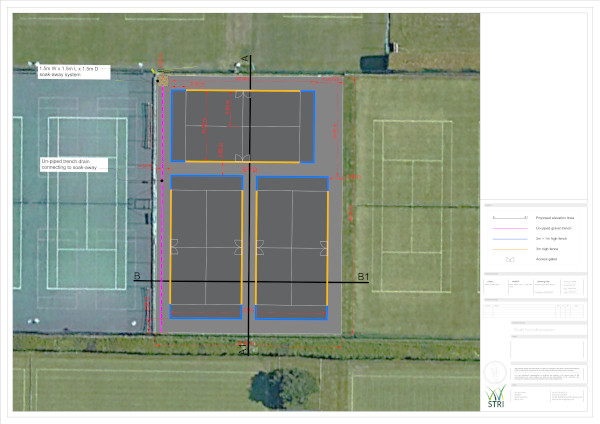