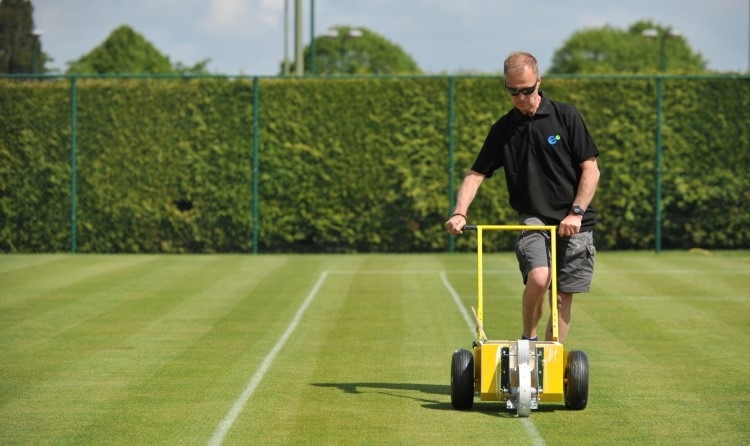 After 23 years as a stalwart of the grounds team, Paul Dean has decided to take things a bit easier. He is leaving us having ended his part-time contract to continue helping at Shurdington Nurseries, where he has also worked for some years.

We hope we’ll still see Paul in future helping at social events and cutting and marking a grass court occasionally when needed.

Head Groundsman Stuart Dominey said, “Paul had an open-minded approach to East Glos. A team worker with a keen interest in turf maintenance, while also undertaking and enjoying tree surgery and cutting and shaping hedges.

“He would always find time to talk to colleagues and members and would listen to anyone with a problem, ever helpful and engaging, with a quick quip and smile.  Supporting each other over the many years together, we have become great friends.”

Club Manager Darren Morris said, “On behalf of all the committees, members and staff past and present, I would like to publicly thank Paul for his long term commitment to the club over the last 23 years; cutting every blade of grass, covering every inch of the grounds and keeping those white lines perfectly straight.

“His commitment, dedication and flexibility have been exemplary throughout, and he has continuously gone above and beyond the call of duty. The most recent example ensuring the grass courts were playable once we came out of lockdown in May, and making the grounds look amazing for when members were able to return.”

As is Paul’s way he didn’t want a “big deal” made of him leaving; however, if you’d like to show your appreciation to Paul, you can do so by making a donation at reception and signing his card. We wish Paul all the best.”

Pete Brooks will take over Paul’s part-time role, previously having been on a casual contract.